Balam Jungle Estates represents one of the largest contiguous acreages of tropical, forested land and waterfront real estate in the entire country of Belize. It offers over 37,000 Acres of natural, woodland jungles mixed with coastal savannah and boasts just over 10 miles of teaming seafront along the Corozal Bay; the second largest marine protected area in Belize, encompassing a sizable portion of the Mesoamerican Reef’s largest estuarine system.

This massive estate is situated on the southeastern corner of Corozal, Belize’s northernmost district, just south of the Yucatan Peninsula; a natural extension of the Mayan Riviera and the closest mainland location to Ambergris Caye, the undisputed heavyweight of Belize’s tourism industry. It puts you directly in line with Leonardo DiCaprio’s Blackadore Caye just 6.5 miles off the coast, and is bounded in almost every direction by marine, forestry and wildlife reserves.

Neighboring Balam to the North you’ll find the 22,000 Acre Shipstern Nature Reserve and to the West, the 29,000 Acre Freshwater Creek Forest Reserve. These, along with a combination of other smaller protected areas, private lands and 14,530 Acres of Balam Jungle itself, which has been set aside for inclusion, were formally recognized in January 2020 as the Northeastern Biological Corridor (NEBC); a 66,000 Acre conservation zone and wildlife sanctuary that is vitally important for the protection of jungles and endangered species throughout the country.

The property is composed of three distinct parcels, each with its own important biological ecosystems of fresh water and marine wetlands, tropical broadleaf hardwoods forests as well as coastal lagoons and estuaries.

Bordering Balam Jungle on the west is the new Mennonite Community, Neuland Reinlaender, an active farming community of approximately 11,500 Acres and slightly farther west an additional estimated 54,000 Acres known as “Little Belize” – another Mennonite faring community- who are also building a port on the coast.

To the South of Balam Jungle is more forest, private land, small farms and the communities of Bomba, Maskall and Corozalito. The southern road leading to Balam passes through these small communities. 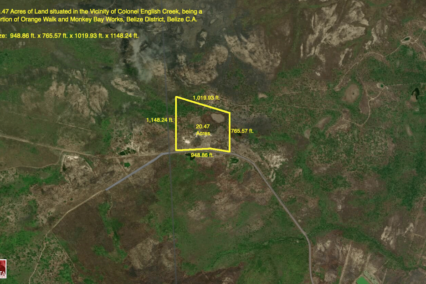 20.47 Acres located West of Mahogany Heights and South of the Belize Zoo 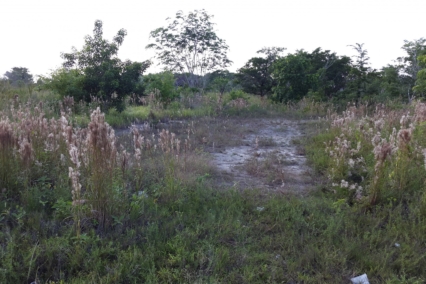