Half Acre commercial Lot located along North Front Street and along the Haulover Creek (sometimes referred to as the “Belize River”) and directly next to the Northern Fishermen’s Co-op building. The Haulover Creek runs through Belize City from the Belize River near the Haulover Bridge and cuts the City in half on its way out to the Caribbean Sea in the Fort George and Southern Foreshore areas of Belize City.

This land is large enough and flexible enough for several forms of development, and with 200 ft of water frontage, access and uses are almost unlimited with great potential for businesses that require access to the Sea, river, fishermen or water taxis. 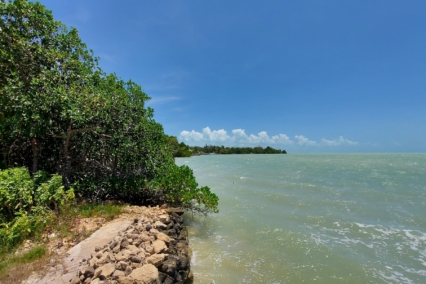 8.4 Acres with Seafront access to the Corozal Bay in Consejo Shores